The Top Customer Fulfillment Complaints & Ways to Resolve Them


Once upon a time, there was a company that had 100% customer satisfaction. Its customers didn’t just love its products, they loved its fulfillment – and they frequently posted positive things about it on everything from social media to Youtube’s unboxing channel.

Sound like a fairy tale? It should, because the truth is today’s customers are a tough and vocal crowd. And while some may indeed take the time to send a positive shout-out for an order that arrives on-time and with no issues, the vast majority of them are far more likely to go public about shipment snafus.

In fact most eTailers probably feel a lot like Ralphie in A Christmas Story who dreamed of getting A-plus-plus-plusses but wound up earning a dreaded C-minus instead.

So, what exactly is common for consumers to complain about?

Just like no one can say exactly how the Grinch became who he is, there’s probably no one reason why customers got so (ahem) particular. However, here at Verst, we can think of any number of ways you can do a better job of staying on their good side.

Talk to Us to Help Resolve Your Customer Complaints

As always, there’s far more we could – and would love – to say about this timely topic. But rumor has it there are holiday cookies in the breakroom and that our pick line professionals will pick the selection clean if we don’t hurry up and get there, so we’ll sign off for now.

We’ll be holding good thoughts for you as you get through these last days of peak season 2019, and we’re looking

Read other blog posts from this 12-part series entitled "The 12 Days of Peak Season":

Day 1 of 12: Some Shoppers Who Wanted Shipping Free (The Problem Of Low-Cost Shipping)

Day 4 of 12: Four Appalling Words (The Challenge Of Late Or Delayed Shipments)

Day 5 of 12: Five Broken Things (The Problem Of Damaged Shipments)

Day 7 of 12: Seven Systems Slowing - (IT's Role in Inventory Management) 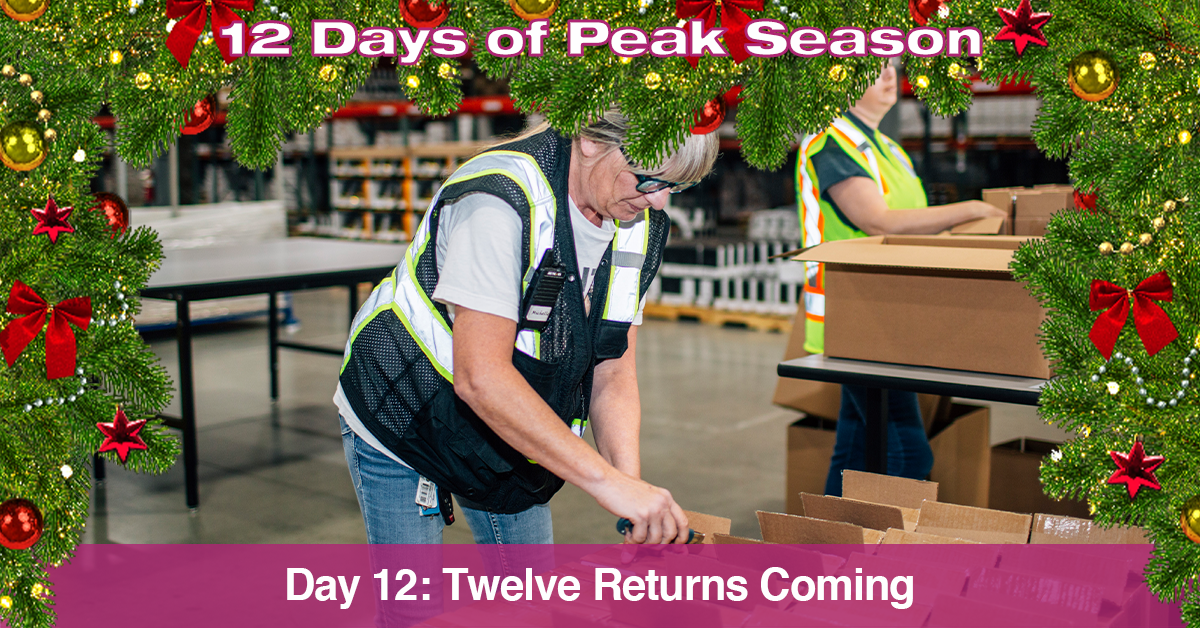 There was a time when holiday returns were limited to things like that “adorable” sweater your Aunt Edna bought you – or that ultra-loud toy some well-meaning relative bought your kids Not anymore....

When Bing Crosby sang that he was dreaming of a white Christmas, he probably wasn’t thinking of blizzards and ice storms – or peak season shopping. In fact too much of the white stuff can easily turn... 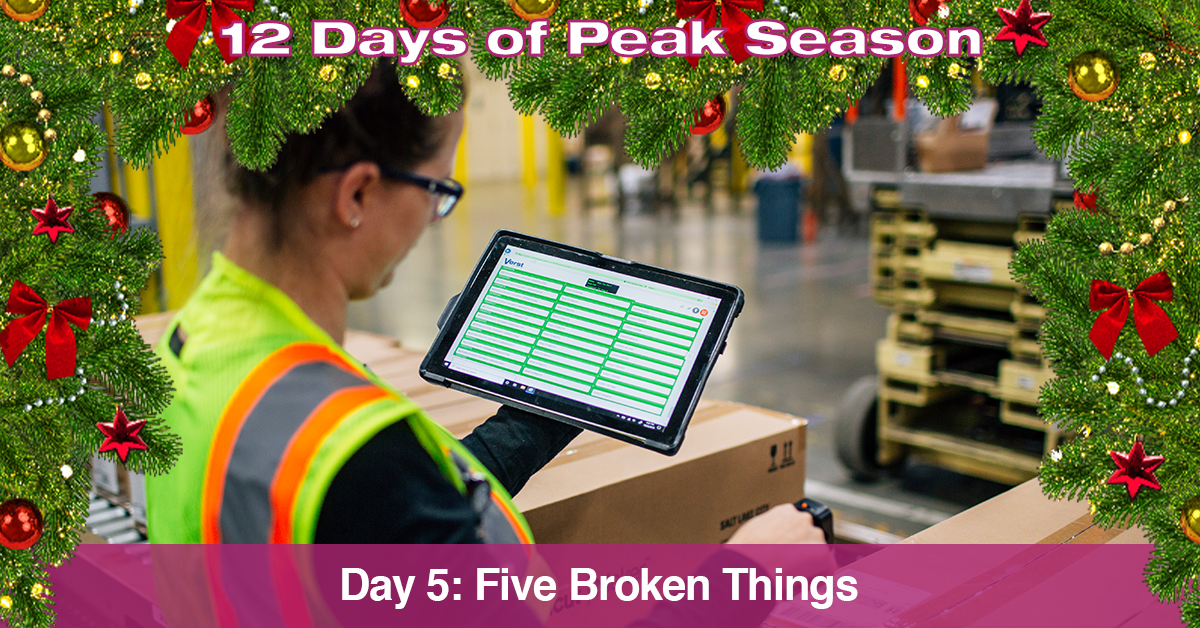 Breaking up may be hard to do. However breaking products during shipping definitely isn’t. According to recent research approximately 20% of customers have received a delivery of damaged goods. Four...