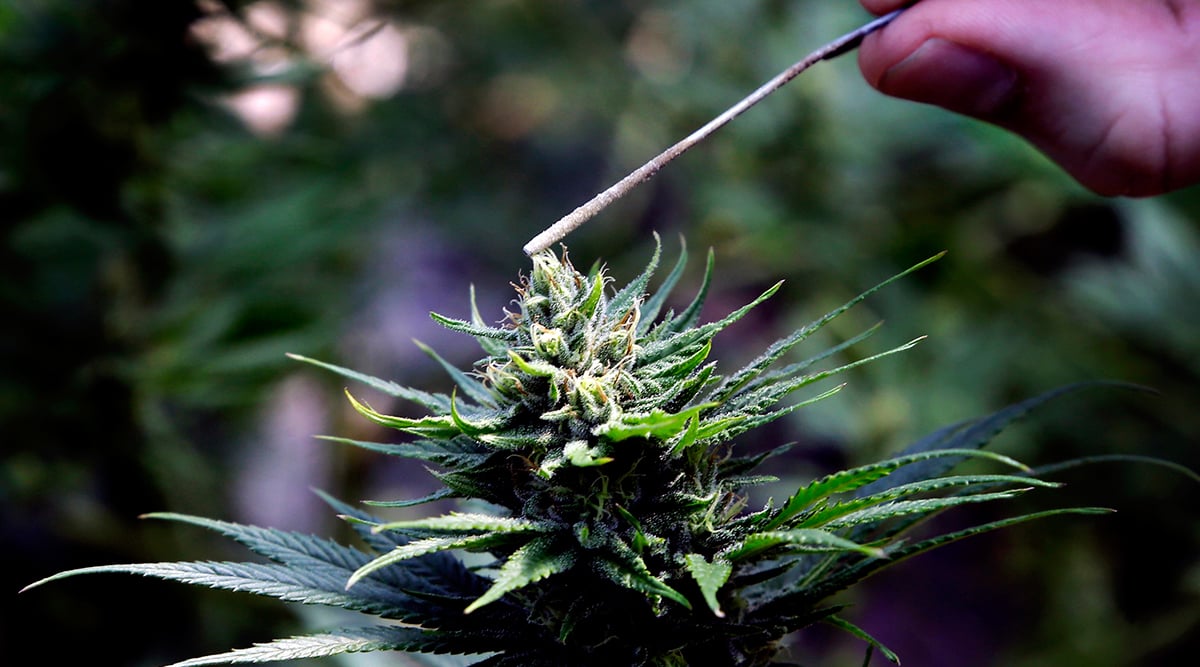 A hemp plant is pollinated in Oregon in April 2018. USDA General Counsel Stephen Vaden wrote that states cannot prohibit the interstate transportation or shipment of hemp products grown under a program authorized by the government. (Associated Press)

While states and American Indian tribes currently can regulate the lawful production and sale of hemp under a 2014 law, they may not prohibit the interstate transportation or shipment of the product grown under a program authorized by the U.S. Department of Agriculture, according to a new legal opinion issued by USDA’s general counsel.

Stephen Vaden’s May 28 opinion was issued in response to questions raised by the 2018 Agriculture Improvement Act, signed into law by President Donald Trump in December. The new law removed nonnarcotic hemp from the list of Schedule I illegal drugs and makes clear that states must allow the interstate transport of hemp. However, USDA officials have not yet issued regulatory guidelines based on the new law, creating confusion among law enforcement and motor carriers.

Legal hemp, often referred to as industrial hemp, is a member of the cannabis plant family, but is absent the high levels of tetrahydrocannabinol, or THC, responsible for the psychoactive effects of marijuana.

Yet, despite the new law, authorities in several states have either confiscated or attempted to confiscate shipments of hemp traveling through their states. They have argued that since there are no regulations for the 2018 law, they still have the authority to confiscate the shipments. A USDA interim final rule for the 2018 Farm Bill is expected in August that would take effect for the 2020 growing season.

In his legal opinion, Vaden attempts to address the confusion.

“This memorandum emphasizes two important aspects of the 2018 Farm Bill provision relating to hemp,” Vaden wrote in his opinion. “First, the 2018 Farm Bill preserves the authority of the states and Indian tribes to enact and enforce laws regulating the production (but not the interstate transportation or shipment) of hemp that are more stringent than federal law.”

But while Vaden’s opinion likely signals the direction USDA will take, the matter ultimately will be decided by the courts.

“I think the opinion provides a little bit of clarity on how the USDA will move forward in developing the rulemaking in dealing with industrial hemp,” said Abigail Potter, American Trucking Associations’ manager of safety and occupational health policy. “However, there’s still a legal case going on in the 9th Circuit. But here at ATA, we’re still very cautious. We’re recommending to our membership that are being contacted to transport hemp in interstate commerce that they reach out to their counsel and have the conversation internally.”

In his opinion, Vaden drills down on two specific cases in which authorities intervened in loads of hemp being transported.

The most recent instance, a drug trafficking arrest and seizure of 6,700 pounds of hemp near Boise, Idaho, is being reviewed by the 9th U.S. Circuit Court of Appeals. A federal magistrate sided with police and denied a request for a preliminary injunction by the owners of the load, Big Sky Scientific. The load in question was grown in Oregon and in transit to Colorado. 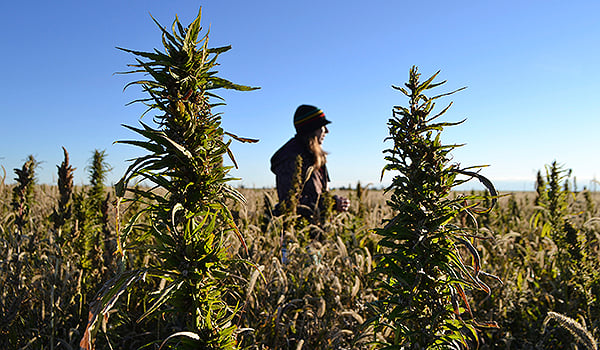 A woman stands in a hemp field at a farm in Springfield, Colo, in 2013. Vaden’s opinion was issued to clear up confusion regarding the 2018 Farm Bill, which was signed into law by President Donald Trump in December. (Associated Press)

“USDA is not a party in the Big Sky case, and this office does not concur with the reasoning of the magistrate regarding the shipment of hemp lawfully produced under the 2014 Farm Bill,” Vaden wrote.

But Vaden agreed with a decision in a case in the Southern District of West Virginia. That case involved a U.S. Department of Justice 2018 civil lawsuit to seize hemp allegedly grown in West Virginia under a pilot program with seeds shipped from Kentucky to West Virginia.

The judge in the case dissolved a preliminary injunction against the grower and permitted the defendants to transport the hemp product across state lines to Pennsylvania for processing and sale.

The conflicts between existing state laws and the new federal law legalizing the transport of industrial hemp are making it difficult for roadside inspectors to enforce the new law, said Adrienne Gildea, deputy executive director of the Commercial Vehicle Safety Alliance.

As a result, CVSA is in the process of selecting members to serve on a hemp working group, Gildea said.

“The goal for the working group is to monitor the situation, and, when appropriate, provide guidance to the inspector community as to how to handle these loads,” she said. “It’s kind of vague at this moment in time because a lot of it depends on how some of the legal challenges go.”