Rise Mrkt will ship staples like rice and lentils to your house in compostable containers. 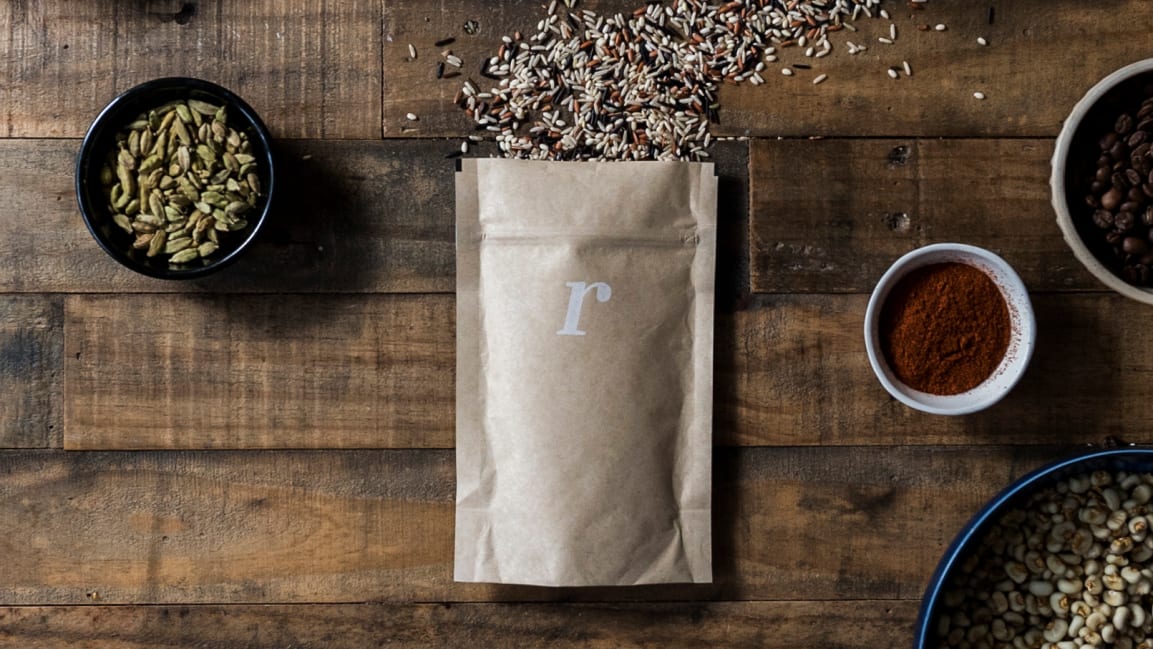 When an order shows up at your door from the new online grocery service Rise Mrkt, you won’t end up with any trash: All of the food comes in compostable packages. The startup, which says it will launch the service in early 2020 if a current crowdfunding campaign succeeds, wanted to eliminate plastic.

“I think it’s the brand’s responsibility to worry about the life cycle of the packaging, and to actually be in charge of that and take responsibility for it,” says founder Jordyn Gatti. That meant not only shipping food in compostable pouches but helping consumers take the final step to compost the packaging; if someone lives in a city that doesn’t offer composting, and if they also don’t have the ability to compost in their backyard, the company will pay to send the pouches to the closest facility. “We just send you a prepaid label, and all you have to do is take one of the pouches, open it up, stuff the other ones inside, and attach this prepaid label. . . . If you can return an Amazon package, you can compost,” he says. Some existing grocery stores are also slowly beginning to cut back on plastic packaging. In the U.K., for example, a grocery chain called Iceland is taking steps to eliminate plastic from its store-branded products, and other stores are adding more bulk dispensers. Some local delivery services, like The Wally Shop in New York City, have eliminated single-use packaging. But single-use plastic is still ubiquitous in the world of food. “We live in the age of plastic, and it touches pretty much every part of the food industry. It makes sense—plastic is cheap, it’s durable, it’s easy to use,” Gatti says in a crowdfunding video for Rise Mrkt. “But how does it make sense to buy food that lasts for a few days when that plastic will do nothing but damage our environment for generations to come?” For each order that it ships, the company will buy carbon offsets to cover the shipping. The prices are set to compete with Amazon and others; the company claims that it can keep costs low by partnering directly with farmers and other producers and eliminating middlemen. “You can’t price sustainability as a luxury concept,” Gatti says.

The new service can’t replace grocery stores, since it’s starting with just dry goods like organic rice or lentils. Because there isn’t a solution to ship produce sustainably at the moment—other food-delivery companies rely on cold packs and other packaging that creates even more waste—Rise is encouraging consumers to shop for produce and other perishable foods locally. It’s not clear how much it can expand, since some products may be difficult to ever ship without plastic. But it may inspire other online delivery companies to consider alternatives, and even to take the additional step of helping customers with disposal. “It’s the brand’s responsibility to solve these problems, not the consumer’s,” says Gatti.