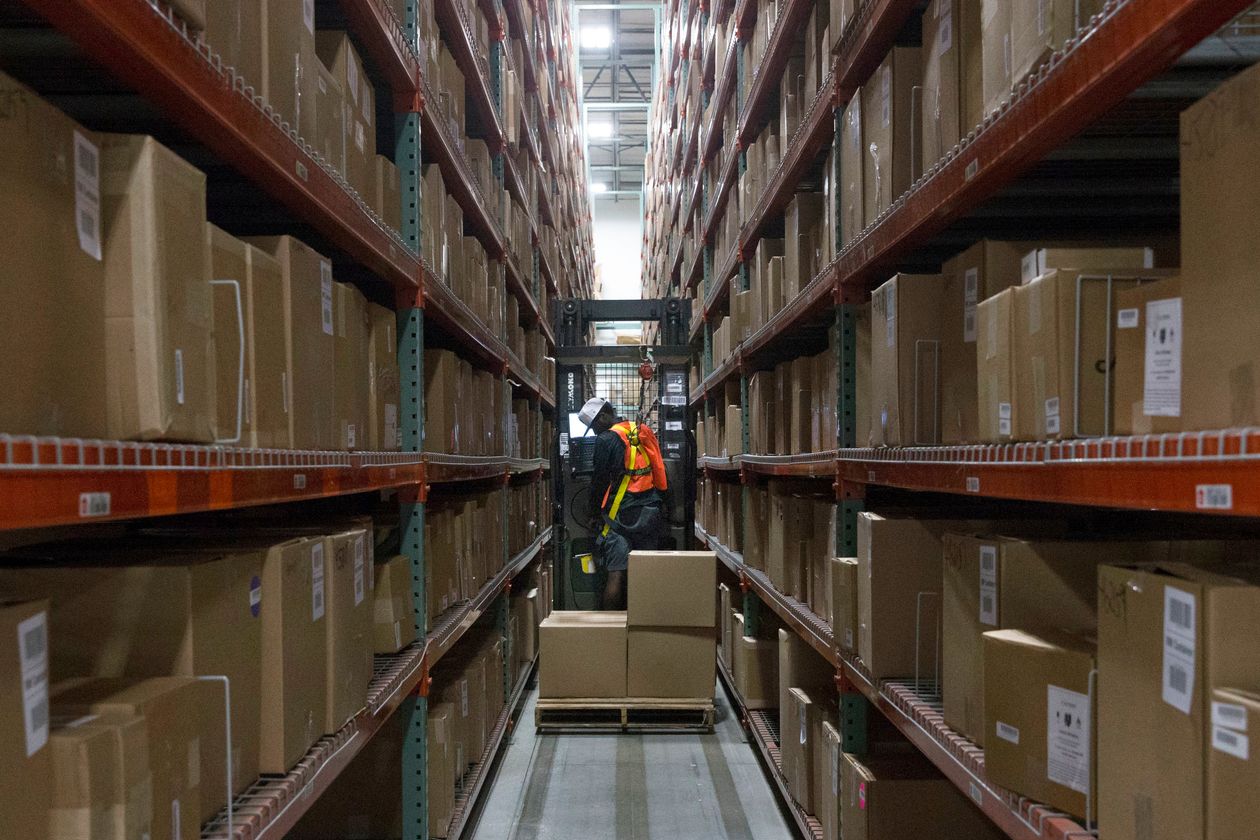 Demand for smaller warehouses is soaring as e-commerce and the push for faster delivery accelerates competition for industrial space close to major population centers.

Rents for U.S. warehouses of between 70,000 and 120,000 square feet rose by more than 33.7% over the past five years, to an average of $6.67 per square foot, according to real-estate consulting firm CBRE Group Inc. Availability for such spaces plunged to 7.4% from 11.3% during that same period, the biggest drop of any segment in the broader warehouse market.

That puts pressure on logistics providers, retailers and other operators looking to secure space near key markets in the highly urban Northeast, the San Francisco Bay Area and cities such as Chicago, Los Angeles and Dallas, said Matthew Walaszek, CBRE’s associate director of industrial and logistics research. “There is less flexibility and higher pricing,” he said. “It’s really difficult for the smaller players.”

CBRE expects overall U.S. industrial rents to grow about 5% next year, Mr. Walaszek said, largely driven by demand among transportation and logistics providers and retailers for light industrial sites and properties closer to urban areas than the traditional sprawling facilities in outlying areas.

Amazon.com Inc. and other merchants have opened dozens of online fulfillment centers across the U.S. as e-commerce sales grow, helping drive a boom in industrial real estate over the past decade. Many of those operations are located off interstate highways in spaces of one million square feet or more.

More recently, businesses have been adding smaller fulfillment and distribution locations that put inventory closer to customers, who often expect items to be delivered in two days or less. Many of those spaces “are meant for quick inventory turns, not for storage but for moving products in and out quite rapidly,” Mr. Walaszek said.

Amazon is shrinking the footprint of some fulfillment centers in places like New York City where space is at a premium. The company recently leased space in a three-story Seattle warehouse that analysts say is the first of its kind in the U.S., with multiple floors that large delivery trucks can access via ramps.

As the decline of brick and mortar retail rolls on, commercial real estate developers are left with massive abandoned properties. Who will fill that underutilized space? A series of recent acquisitions by associates of Amazon in Northeastern Ohio provides some clues.

The e-commerce giant’s plan to shorten the delivery window for members of its Prime program from two days to one is adding to the pressure on retailers and logistics providers.

One factor driving up rents for smaller warehouses is that most construction in recent years has focused on bigger logistics sites. Completion of warehouses smaller than 120,000 square feet has averaged about 1% of overall stock since 1990, according to CBRE, while big-box properties larger than 250,000 square feet accounted for about 3%.

Access the article on Wall Street Journal by clicking here